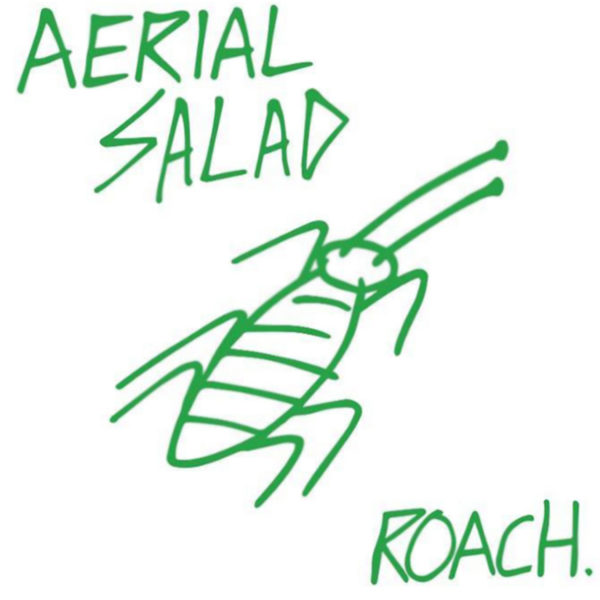 Get digital copy from Bandcamp

Aerial Salad's first album - which helped them burst onto the UK DIY Punk scene. As 2017 draws to its conclusion, it’s becoming more and more apparent that this is a banner year for underground UK punk. Trends in music are cyclical. I personally feel the current hordes of identikit easy-core bands are about to succumb to a new wave of diverse, substantial and purposeful punk rock bands, much like how the hair metal and gimmicky glam of the late ‘80’s was melted away by Sub-Pop, Epitaph, Reprise and Fat Wreck Chords. We’re lucky to be in a musical climate where you can see an amazing home-grown punk band every week without fail (and without spending a lot of money either!). Manchester 3-piece Aerial Salad’s debut album Roach has (in my estimation at least) leaped right to the top of the pile in a year choc-full of quality releases across every sub-genre in the UK punk spectrum. It’s a perfect storm of everything I look for in a first release; it’s focussed, confident and passionate. It boasts muscular production that stands toe-to-toe with major studio albums, and it’s filled to the brim with total belters. Everything here sounds large, from the stadium-sized drums to the rich crunch of the guitar work on offer, as well as throaty, full vocals that sit perfectly within the mix. Overall it all sounds pretty immaculate. Leave Me Alone is a thrilling, short burst of angsty ire that sounds like a forgotten gem from Nirvana’s lost song vault. Roach continues in uniformly excellent fashion until it reaches standout track 97. From this point we have a collection of truly brilliant songs to enjoy. Aerial Salad’s Roach is in the running for punk album of the year. There’s not much more you could ask for from a debut, and they’ve firmly cemented themselves as one of the UK’s best pop-punk bands here. It’s full of young fire, great songs and has the production to back it up. - part of the review by Mark Bartlett, Shout Louder.